Yes, yes I am starting this blog post with a pun-tastic title name. No, I’m not sorry. Now let’s do this.

As you will see as I tell the full story, I got very lucky that the bout of alopecia I suffered in the summer of 2016 was (knock on wood) a one-off, very mild, and will hopefully not return. But from the moment it happened I had a very weird feeling that I would have to tell all of my readers and followers about it. Not necessarily because I wanted to, but because I felt with the following I have across my social media platforms that I should. That I owed it to people, not merely to be honest but more importantly to be open, to share something that is difficult and sensitive and not so typical. So here I am, much further on in time than I imagined this blog post would go up, telling you about that time I lost some of my hair and was fucking terrified by it. END_OF_DOCUMENT_TOKEN_TO_BE_REPLACED

When I heard about the Unique Vintage #IAmUnique campaign I loved it. Since I launched my own campaign of #LovingMeIn2015 this year I’ve noticed lately that when I post body positive pictures on Instagram, or similar pictures under this hashtag, I sometimes get girls say they want my body or they want to be me when they grow up. I know that’s likely just the dramatic construct of the compliment, they don’t really mean they would rather be me than themselves, but sometimes I get the feeling that there is a true wistfulness there. Apart from finding that it feels alien that someone may wish that, there’s also the uncomfortable feeling that I don’t want anyone to wish to be anyone but themselves. They are the only ‘them’ that there is. They are their own special person. They are unique. We all are. I, you, they, we.

Part of the launch of the #iamunique campaign involved a lookbook of inspiring people stating one of their most unique identifiers, such as Queen of Heartz Founder and Designer Letty Tennant declaring ‘I am a boss,’ burbankmom.com blogger Jessica Cribbs declaring ‘I am a mother,’ UV’s social media Creative Curator Stan Salas declaring ‘I am fabulous’ while sporting full sublime drag, athlete Marti Davis claiming ‘I am a survivor.’

I could not think of one specific thing that I was, that felt unique enough that it wouldn’t be something someone else might claim. It’s not that I don’t think I have anything special. I feel unique. I tell people I am, and that I’m fabulous, and that I am made of awesome (I also tell people I’m a moron and giant child, so don’t worry about big britches here.) But what is my one thing? My one identifier?

The only thing I could come up with is that I am a contradiction. Not deliberately, not contrary in attitude, but in my life, the way I am contradicting what I do. END_OF_DOCUMENT_TOKEN_TO_BE_REPLACED 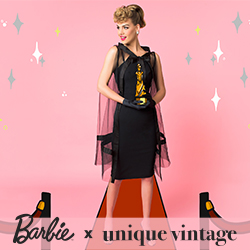 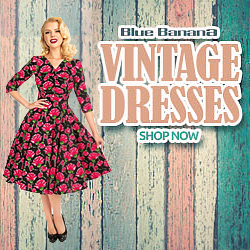