A lot of people are afraid of wearing white. Some people are definitely spillers–my younger sister and my mum are two of such people–but even those who are able to drink coffee and eat spaghetti without a comical mishandling of the consumption often have a white fabric fear. I’m here to tell you guys that it is not that serious. Really.

Sure, wearing white when you know you’re going to be spending a full day with young kids or helping a friend to move house is probably a bad idea, but think about it; how often do you come home from a typical night with friends or a shopping trip and go ‘Damn, I got stuff all over myself. How did I do that?’ Probably next to never. If that’s the case I hereby formally invite you to be part of The Fearless Summertime White Dress Wearers Society. (Okay, we’ll work on the name.)

Because a white dress in summer time is basically as chic as it gets. You might think that’s an exclusive club that you’re not allowed to join, but I’ve forced my way inside it without an invite so if anyone asks just tell them you’re with me. 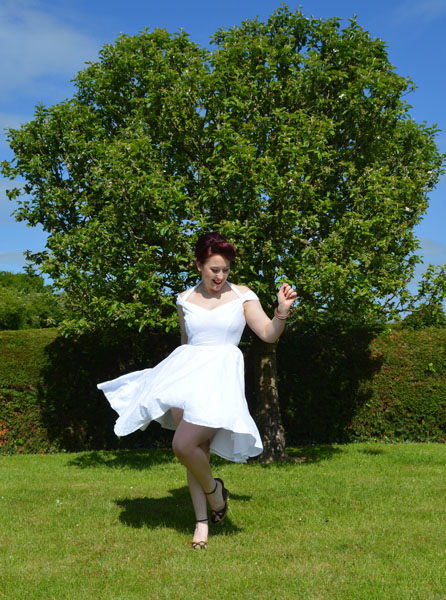 Because here’s the thing. Putting aside the dirt factor of white clothes, if I were to play by the fashion rules I probably wouldn’t be told I’m allowed to wear all white. I’m a very pale and fairly chubby woman. We all get told that white is for the tanned and the slim (and even for the rich and the elite.) It’s for models and jet setters and fashionistas and people who play tennis, yacht, lounge by pools, go to the Hamptons in the summer or St Tropez or Monaco. People who pay either a spray tanner or a travel agent to acquire a rich, deep tan if they don’t naturally have one.

And I am not about that life. Even ignoring the fact that I obviously don’t have that kind of cash to flash, I don’t care if I’m milk white and my thighs dare to not only touch but to rub. I used to feel self-conscious in summer about how white my legs are, how they look almost blue toned in some lights. People would tease me about it. And then as my style evolved and my confidence grew, I realised how stupid that is. What they are essentially saying is, oh, you Caucasian person who has very pale skin, how embarrassing that your upper epidermis layer hasn’t been damaged enough to produce a significant amount of melanin sufficient to darken your skin to a deeper pigmentation shade, which, actually, isn’t a sign of glowing health at all, as regularly touted, but instead signifies only that it has been sun damaged. Because that’s the thing: all sun tans are signs of sun damage, whether you burned during tanning or not, and I’m not really cool with that for my own skin. But I am cool with being a pale woman in a white dress. Specifically, the Hell Bunny Eveline dress. 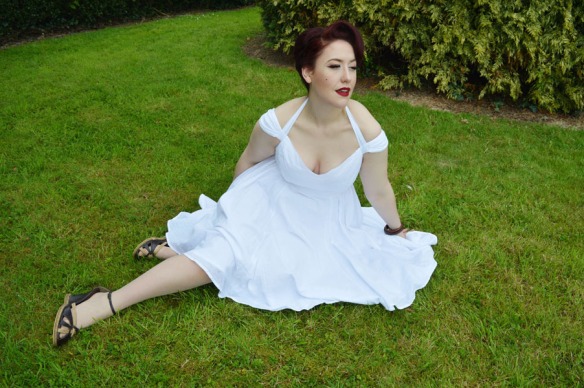 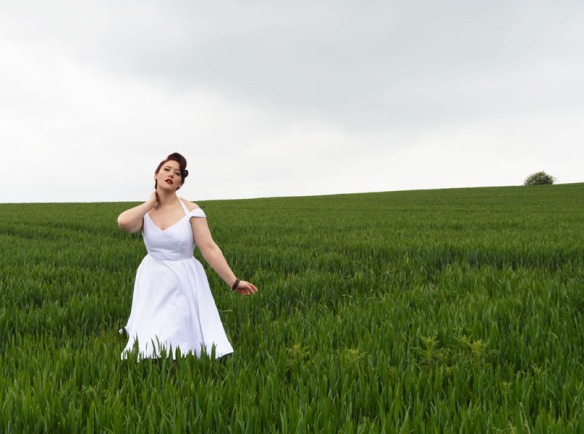 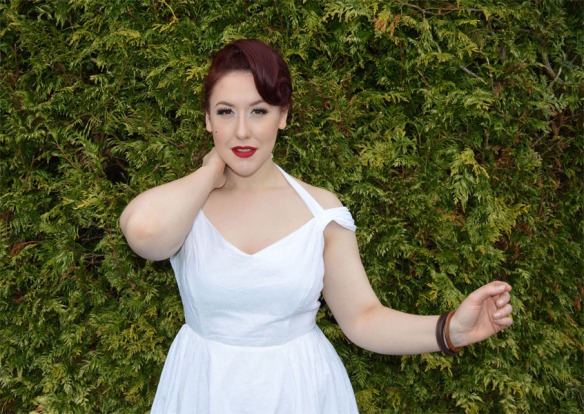 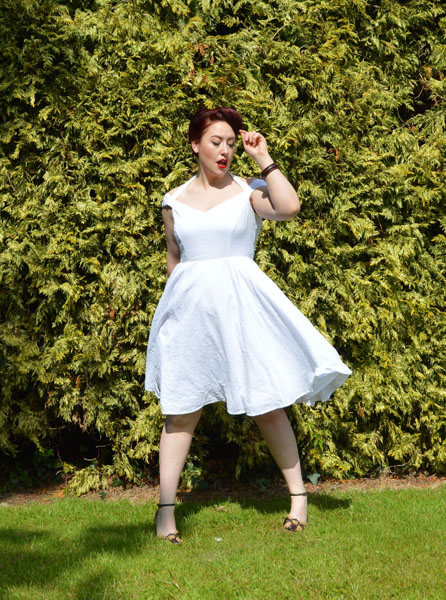 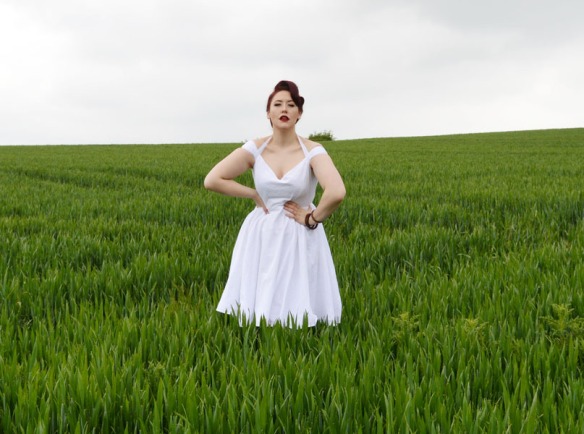 I bought this dress from Unique Vintage, which you might have guessed if you’ve seen me featured in their latest #IAmUnique lookbook. It’s simple and classic and sexy as well as sweet. And I think I look good in it. That’s the #IAmUnique confidence talking there, I know. But really, let’s talk about the specifics of this dress and break down it’s possible intimidation factor it might hold for some of you.

The neckline involves sleeves  that sit off the shoulder as well as a halter tie that fastens behind your neck, which creates that interesting double-neckline look. It’s made of 100% white cotton eyelet fabric, 100% cotton lined too, with a full skirt, and finishes with a back zip. I bought mine in an L/UK 14. Hell Bunny sizes often run a bit large, so there is a bit of bagginess for me around the waist, though nothing terrible. I can easily add a white belt if I don’t want to disrupt the vibe of the dress or else add other colour belts to change up the look altogether. From UV the dress costs $98 and in the UK from various sellers it’s around £60.

It’s a lovely summer dress, able to fit a petticoat if you want one although I–shock horror!–actually don’t bother with one at all for this dress, something that happens with me perhaps 1% of the time that I’m all pinned up. I think the skirt hangs wonderfully without any extra puff, and for me that’s saying something. Overall, I just think this is a lovely piece and surprisingly fresh and chic for Hell Bunny, which can run a bit cutesy on the pinup side of their line.

Since I like it so much, if you feel the same then, as I said above, I’d really like to invite the White Fearers among you to join me in embracing white for summer regardless of whether you are pasty or tanned. But if you really can’t get on board with that–or you’re one of those infamous spillers–then you should know that the Eveline also comes in black and pale blue (Unique Vintage only stocks the white.) I’m sure those other colours would look just as lovely on you too! 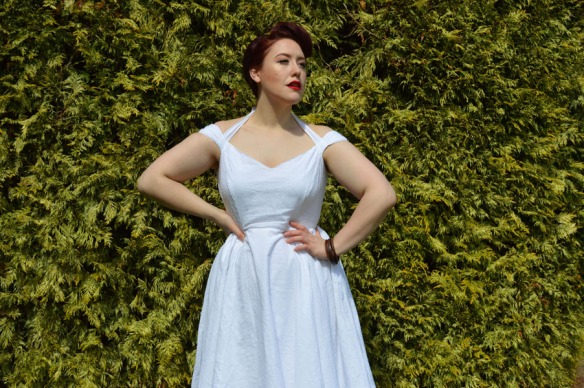 5 thoughts on “Summer Whites In Eveline”