A couple months back I reviewed the Andrea skirt from Collectif, a faux fur trimmed pencil skirt that was designed to be a part of a skirt suit set alongside the Deana jacket. I loved the Andrea skirt and badly wanted the Deana to wear with her, but I didn’t have the money to spend the £110 to complete the suit. Knowing Collectif run a 50% off sale after Christmas each year, I hoped ardently that the Deana would be in stock at the time so I could make her mine. My hopes were dashed when she went out of stock long before the sale was even rumoured to start, so I bought a couple of other items in the sale instead and inwardly moped about the perfect suit set that was never to be, because I am way too emotionally invested in my closet.

But then, it happened! At 7.05am of the last morning on the sale, when there were just under 2.5hours left of the sale, I received an email saying the Deana had been restocked. I ordered that baby so fast my Paypal could barely keep up! Days later, when the new up to 75% off sale begun, the Deana was included in that as well at the same half off price of £55. So just in case there are any of you ladies out there who have shared my yearning for this jacket but have some qualms with parting with your money, I decided it was time for a review to help you decide whether or not to buy. 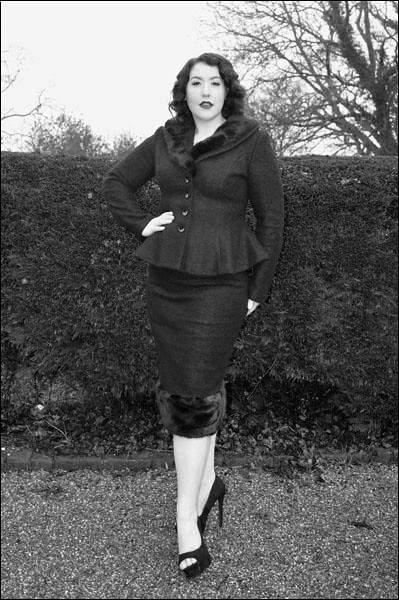